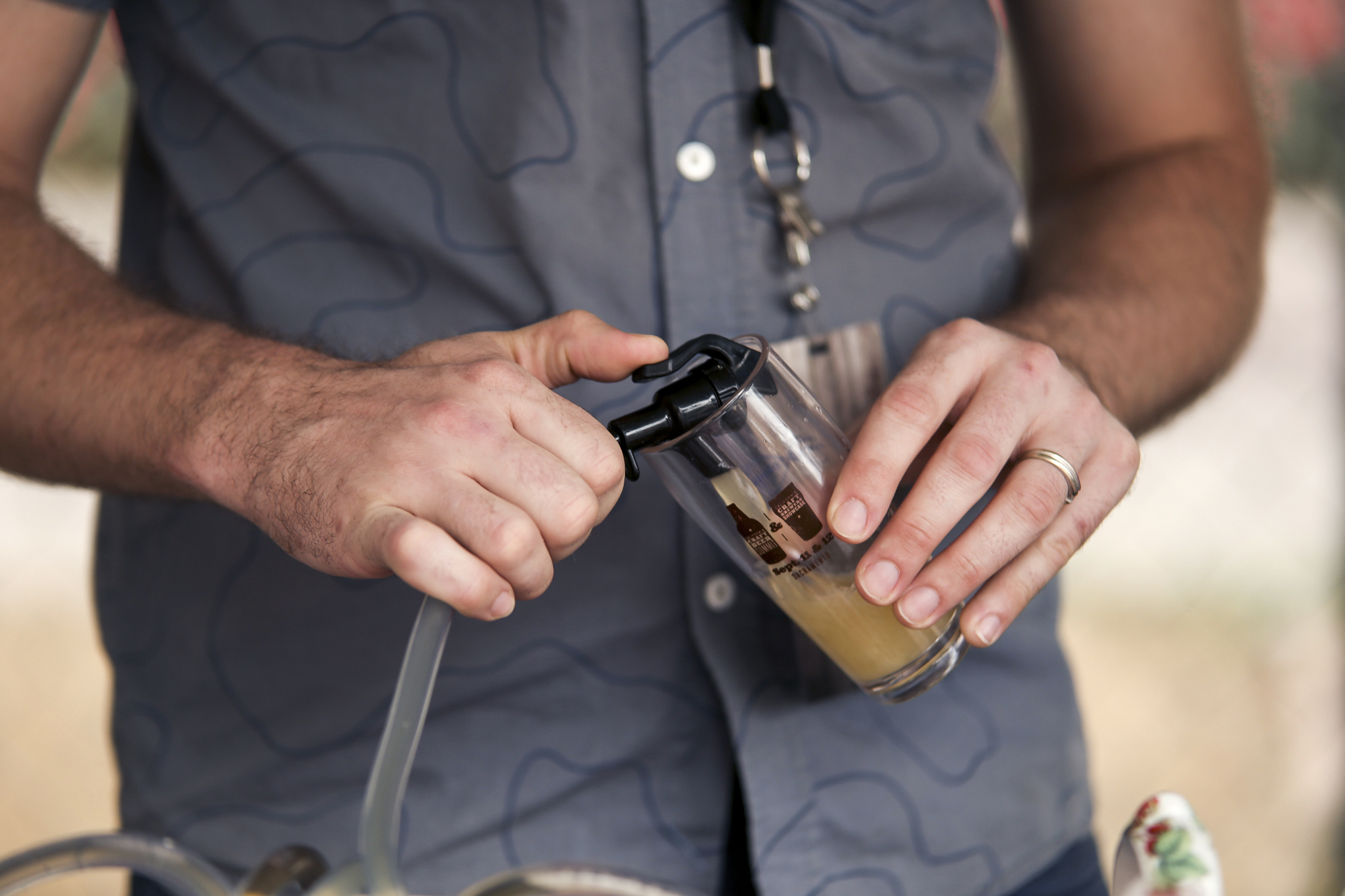 “With an increasing number of beer festivals and events occurring each year we recognize the high demand on breweries to donate beer.  We would like to remind breweries that the practice of donating beer to be served at an event is only legal if the event is being hosted and run by a nonprofit entity holding the proper temporary license from the California Alcohol Beverage Control (ABC). While for-profit organizations may be a vendor of the charitable organization, they may not directly receive or collect revenue from alcohol sales. In order to comply with ABC regulations, all revenue from alcohol sales must be received by and run through the nonprofit’s bank account. A for-profit company, including a marketing company or event promoter, may not receive, collect or otherwise take in money from alcohol sales. Likewise, only the license holder may receive donated beer. If the beer is sold to the event, only the licensee may pay for alcoholic beverages from the brewery. A for-profit company is strictly prohibited from paying a beer manufacturer for beer sold to a non-profit event.

“There continues to be events hosted in San Diego and across California where organizers donate a portion of proceeds from event sales to a charitable organization, blurring the lines between for-profit and non-profit events. These events must be carefully examined by participating breweries and by the non-profit charity accepting the donated funds to ensure the festival is operating in accordance with the law.

“It is also critical for breweries to consider their rights as business owners and carefully decide whether to donate their beer to a cause or receive compensation for their product. If run correctly, many beer festivals and events can run high profit margins and breweries investing in their beer and brands have the right to ask for compensation. Beer manufacturers are allowed to sell beer to a non-profit licensed event.

“Because of the ongoing conversations occurring in the San Diego area regarding donations and beer festival design and execution, the CCBA and San Diego Brewers Guild will be releasing detailed fact sheets for nonprofits and breweries alike to cover the legal requirements license holders should consider when hosting a beer festival or other event.

The CCBA and San Diego Brewers Guild will also release a list of best practices for breweries to use when evaluating which nonprofit event to attend and whether or not to donate or sell their beer.”

The fact sheets will be available in early 2017 on www.californiacraftbeer.com and www.sdbeer.com. If you would like to receive the guidance directly, please add your email to this form.

About the San Diego Brewers Guild

The San Diego Brewers Guild is a nonprofit organization made up of allied San Diego craft breweries, tradespeople and restaurants serving craft beer and craft beer aficionados. Started in 1997 by a group of brewers with a common goal of supporting the brewing culture in San Diego, the Guild is the primary organization supporting San Diego’s growing craft beer community. Its mission has remained the same since its inception: promote awareness and increase the visibility of fresh, locally brewed beer through education and community events. In addition, the Guild works to create an open line of communication between brewers, be an advocate for modern beer laws and promote the robust brewing community locally, nationally and internationally. To learn more about the San Diego Brewers Guild, follow the organization on Instagram, Twitter and Facebook or visit its website at www.sdbeer.com.