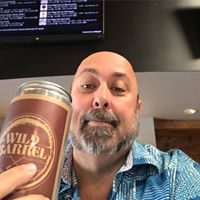 Bill Sysak, or “Dr.” Bill, as he’s known in the inner circle of craft-beerdom, is a master of zymurgical knowledge and general beer wizardry. A Certified Cicerone and collector of rare beers, his personal cellar currently houses more than 3,000 bottles.

In 2009 Bill joined Stone Brewing, the 9th largest craft brewery in America, and became their “Craft Beer Ambassador”. Bill separated from Stone brewing in October of 2016 and opened one of the Wild Barrel Brewing Company in San Marcos, CA. on Sept. 30th 2017. Wild Barrel was so well received after being open for only 90 days in 2017 that it was rated one of the top 3 new breweries in San Diego for 2017.