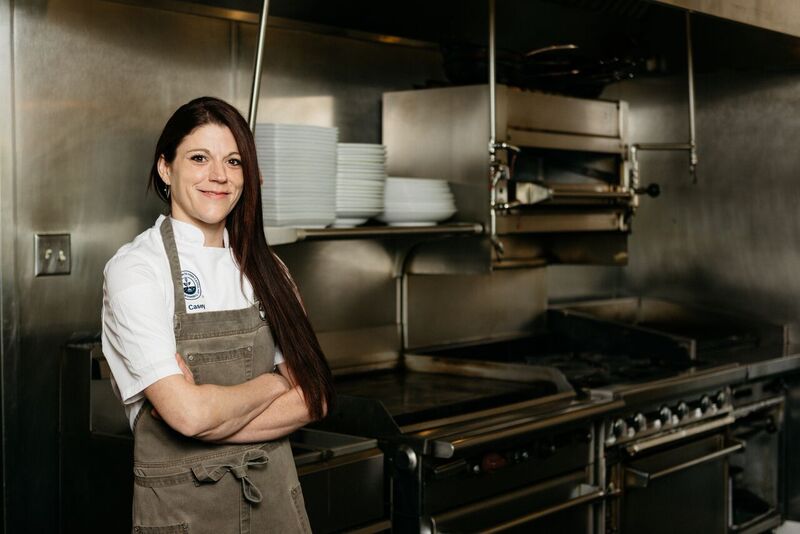 Upon moving to California five years ago, Shideler began quickly working her way up in kitchens in Sacramento and becoming acquainted with the Farm to Fork movement. Coming from Kansas, she was astonished and delighted with the vast supply of local produce here.

Casey was one of the lead chefs in the America’s Farm to Fork Capital 2017 Tower Bridge Dinner. Casey has cooked at Blackbird Kitchen and Bar, and Mulvaney’s Building & Loan. During her time at Mulvaney’s, she was part of a four-person team that traveled to New York City and cooked a five-course meal at the James Beard House. While at Mulvaneys, she also cooked alongside White House Chef and Senior Policy Advisor for Nutrition Sam Kass, Jamie Oliver, of Jamie’s Food Revolution, Alice Waters, American chef and sustainable food activist, and Enrique Peña Nieto, president of Mexico.

She served as Taylor’s sous chef prior to becoming Executive Chef in June 2016. She enjoys keeping things simple and elegant, and believes food should be comforting, unique and approachable.

In Addition to cooking, Casey is an avid runner and athlete. She has completed four full marathons two ultra-marathons and is also certified as a personal trainer.