Executive Chef to the Brewers Association and Craftbeer.com 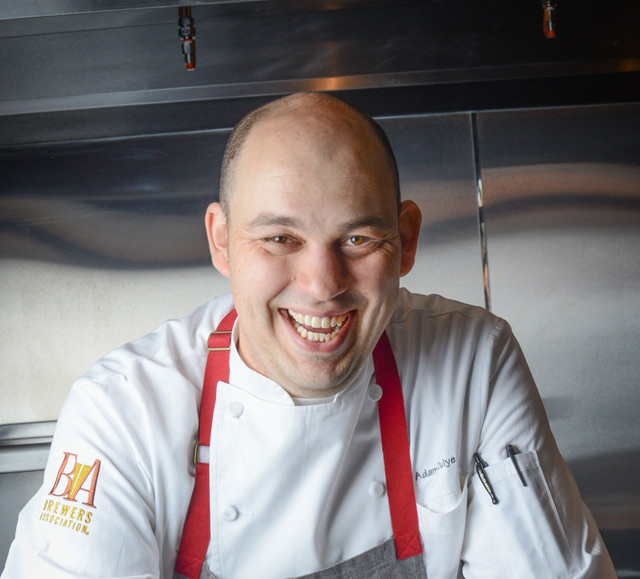 Widely recognized for his keen beer and food pairing ability, Chef Adam Dulye (pronounced “doo-lee”) creates dynamic dishes that complement the distinct flavor profiles in craft beer. As Executive Chef to the Brewers Association and CraftBeer.com, he educates guests on the compatibility of craft beer and contemporary cuisine.

At the Brewers Association, Dulye leads the culinary side of several events including SAVOR: An American Craft Beer and Food Experience, the Farm to Table Pavilion at the Great American Beer Festival, and the World Beer Cup Dinners. In addition Dulye co-authored CraftBeer.com’s Craft Beer and Food Course designed to for culinary schools and those in the culinary industry to learn how to pair craft beer and food. Dulye has also collaborated with the Export Development Program for craft beer dinners in Munich, London, and Stockholm taking what American craft brewers have created and pairing it with international cuisine

In July 2012, Dulye took a new approach to beer and food with the opening of The Abbot’s Cellar. A fine dining destination, Abbot’s Cellar dedicated menus to food and beverage pairing with a focus on American cuisine and craft beer. Acting as a driving force for the entire staff, Dulye says, “At The Abbot’s Cellar, we took the conversation further when interacting with diners to guide them towards the ideal beer and food pairing.” Dulye executed a daily changing à la carte menu as well as three and five-course tasting menus featuring recommended beer pairings.

Prior to opening Abbots Cellar, the Culinary Institute of America graduate helmed several kitchens in craft-beer centric locations such as Boulder, Vail, CO and Portland, OR, garnering the attention of beverage trade media and industry organizations.