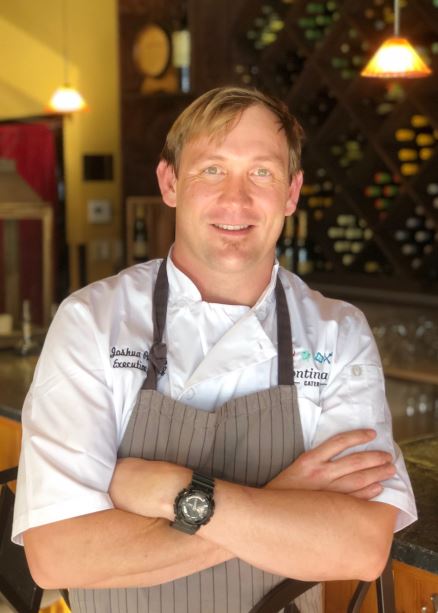 A Native of Phoenix , Arizona Joshua began his culinary journey working summers in  Sitka, Alaska, working  first for a large hotel and then at several local restaurants. He decided to make cooking his career and enrolled in culinary school in Scottsdale the next winter. Over the years he worked between Arizona and Alaska gaining experience from both environments.

In 2004 Joshua became head chef of Talon Lodge, a high-end fishing lodge with a passion for gourmet cuisine and a regular stop for chefs and cookbook authors from all over the country. Here he met Chef Michael di Maria and made the move back to Phoenix to work under Michael at his namesake restaurant at the Michaels at Citadel, a AAA four diamond restaurant as well as spending several years at Michael’s catering company.

Joshua is currently executive chef of San Diego’s Continental Catering as well as the culinary director at San Diego Wine and Culinary Center in the Gaslamp district.