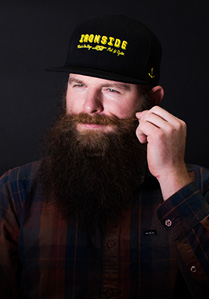 A San Diego native, Dave Adams is an outspoken champion for his hometown’s craft beer community. He has become an industry insider and mentor to a new generation of craft beer fans. As Director of Beer Education and Certified Cicerone® at Green Flash, Dave is responsible for running the brewery’s Tasting Room and leads educational beer events in the brewery and beyond. Dave began working in the industry at Stone World Bistro and Gardens in 2006, immediately drawn in by the community spirit of the scene. As Beverage Coordinator at Churchill’s Pub and Grille (2007 – 2011), Dave was instrumental in planning a diverse beer rotation and led countless beer pairing dinners. In 2009, he became a Certified Cicerone®. Dave joined Green Flash in 2011 and embraces the brand’s pioneering, beer-first philosophy. A resource for internal & external education, Dave is dedicated to ensuring that the craft beer scene remains approachable and entertaining.