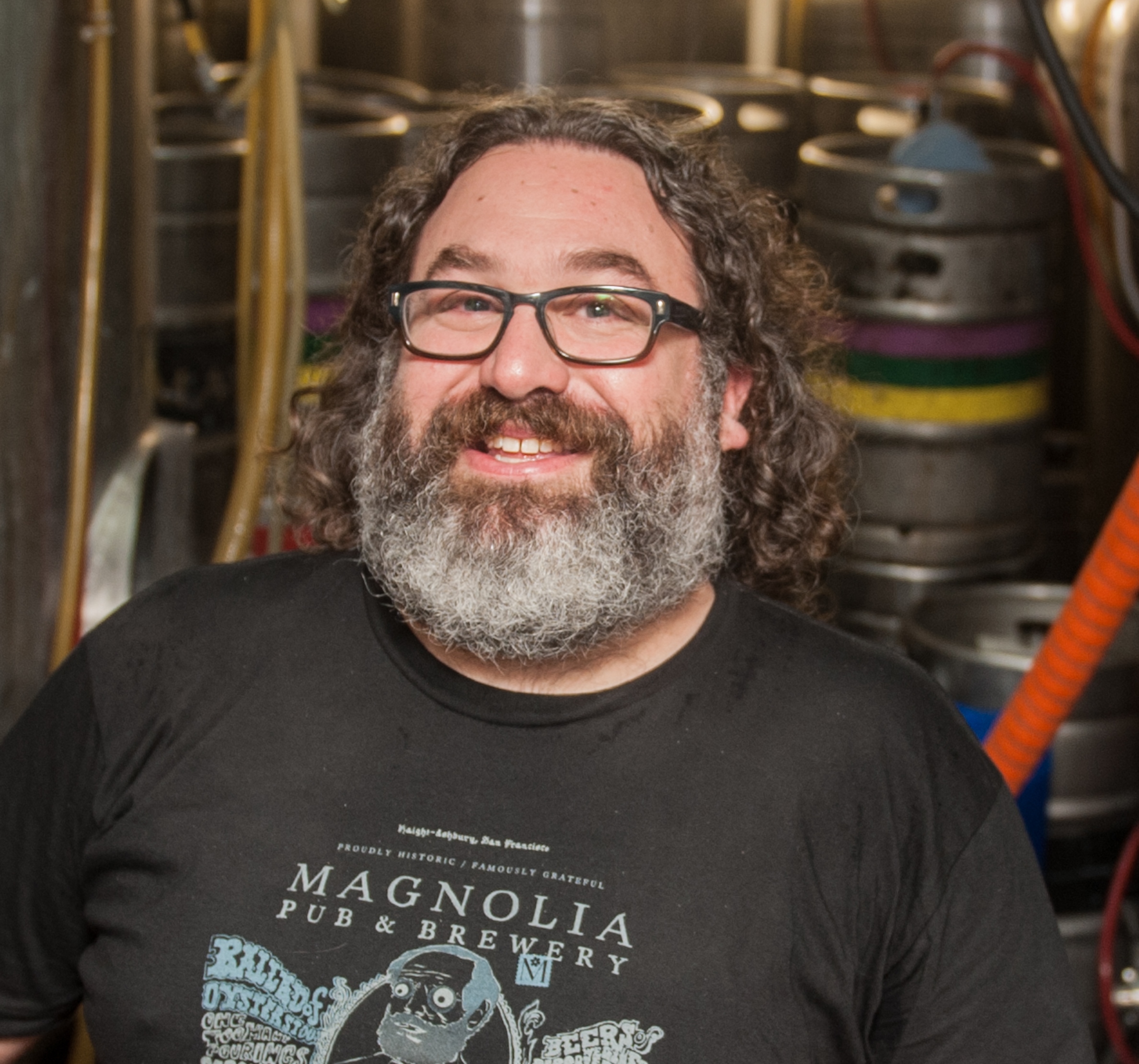 Dave McLean is the founder and brewmaster of Magnolia Brewing Company, which includes the original Magnolia Pub & Brewery in San Francisco’s Haight-Ashbury as well as the newly opened Magnolia Brewery in the Dogpatch with its adjoining BBQ restaurant, Smokestack. He also is the founder and proprietor of The Alembic in the Haight-Ashbury. Known for his British-influenced and cask-conditioned ales, and a proponent of well-balanced, lower-alcohol session beers, Dave is committed to local and artisan sourcing and sustainability in both his brewery and restaurant operations. Passionate about the spirit of community formed around good beer and food, Dave is one of the founders of the San Francisco Brewer’s Guild and an organizer of the annual San Francisco Beer Week. He has also curated the beer pavilions at the Slow Food Nation and Eat Real festivals as well as the Beer Lands tent at the Outside Lands Music Festival. Dave is a judge at the Great American Beer Festival in Denver, CO and was the founding beer committee chair and a judge at the annual Good Food Awards.

Dave, who was first introduced to West Coast craft and micro-brewed beers in the late 1980s — in the parking lot at a Grateful Dead concert — graduated from Boston University with a business degree in 1992. He moved to Northern California soon after where he fell in love with the art and craft of home brewing and enrolled in a brewer’s program at UC Davis in 1993. In 1995, he signed a lease on an empty restaurant space in the Haight, opening the doors to Magnolia Pub in 1997. In 2006, almost ten years later, Dave opened the artisan cocktail bar and restaurant The Alembic. 2014 ushered in a significant expansion in brewery operations with the opening of a 10,000 square-foot brewery in the Dogpatch neighborhood, attached to Magnolia’s third restaurant, Smokestack. Dave lives in San Francisco with his wife Demeter and daughter Lily.