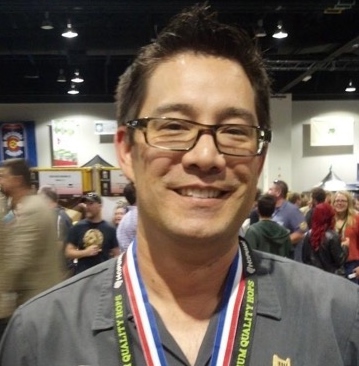 David M. Gull is the founder and CFO of New Helvetia Brewing Company. A 4th generation Sacramentan, David grew up hearing stories about the historic Buffalo Brewery. After homebrewing with a friend, David decided he would try to bring back this important piece of Sacramento’s heritage and restore the Buffalo Beer brand. New Helvetia Brewing Company, Inc. was formed in 2011. Licensing, permits, financing and construction were completed in 2012 and New Helvetia opened to the public. Buffalo Beer was resurrected as “Buffalo Craft Lager”, and the lineup of beers reflect the history of the Sacramento region. David currently serves as President of the Northern California Brewers Guild, and on the Membership Committee of the California Craft Brewers Association. For the past 8 years, he has served on the Board of Directors of the Greater Broadway Partnership, a business and property owner association that he helped to form as a PBID (property and business improvement district) in 2007. Prior to opening New Helvetia, David worked in commercial real estate development.

David earned his Bachelor’s Degree in Business Administration from the University of Oregon and a Master’s in Real Estate Development from Portland State University. David lives in Sacramento with his wife and co-founder Amy, 2 kids and dog Wally.