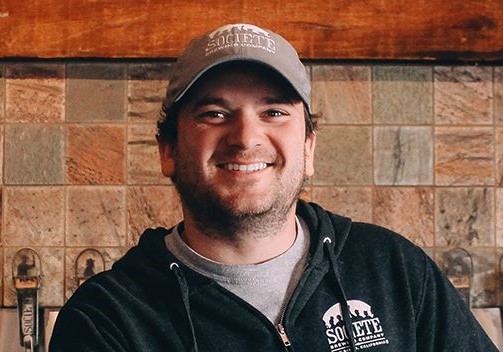 After college, Doug began his career in investment banking, but after a couple of years decided to pursue his dream of becoming a professional brewer. Doug moved to San Diego in 2009 and landed his first industry jobs at Pizza Port Carlsbad, Green Flash Brewing, and Oggi’s. He then began a full-time job at The Bruery in Placentia, CA as a cellarman and worked his way up to brewer. While at The Bruery, Doug became close friends with Travis Smith and they decided to start a brewery together based on shared values, passion, and vision of beer. Societe Brewing Company opened its doors in May 2012.  Currently, Doug serves as the CEO of Societe and oversees the general operations and ensures the execution of the brewery’s philosophy.