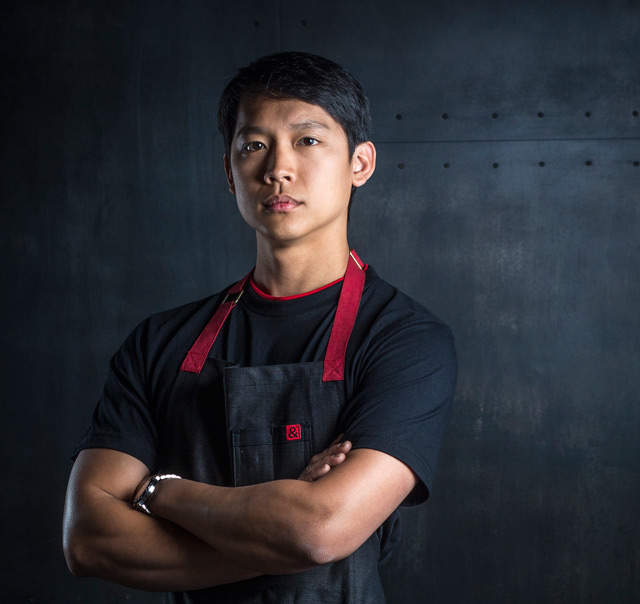 Francis Ang is Pastry Chef and Sous Chef at Dirty Habit. An award-winning pastry chef, Ang has received numerous accolades, including being named Food & Wine magazine’s “People’s Best Pastry Chef” for the West Coast, as well as one of Zagat’s “30 Under 30” to watch in San Francisco.

Most recently, Ang was Executive Pastry Chef at the acclaimed Fifth Floor restaurant, where he served classic desserts with a global twist. Ang initially joined the fine dining destination as a line cook with a strong passion for desserts, and worked over time with Chef David Bazirgan to perfect his pastry skills.

Prior to joining the Fifth Floor, Ang was part of the team at renowned Gary Danko restaurant in San Francisco, where he was lucky enough to train under Gary Danko himself, honing his culinary techniques.

Ang grew up in the Philippines and still remembers the delicious dishes his dad and grandmother use to cook when he was growing up. He moved to San Francisco when he was 19 and enrolled in the City College of San Francisco’s culinary program. An internship at Copenhagen Bakery in Burlingame was an early indicator of Ang’s pastry passions.

When not at work, Ang finds himself with his wife eating at other local San Francisco restaurants, reading cookbooks, or traveling.