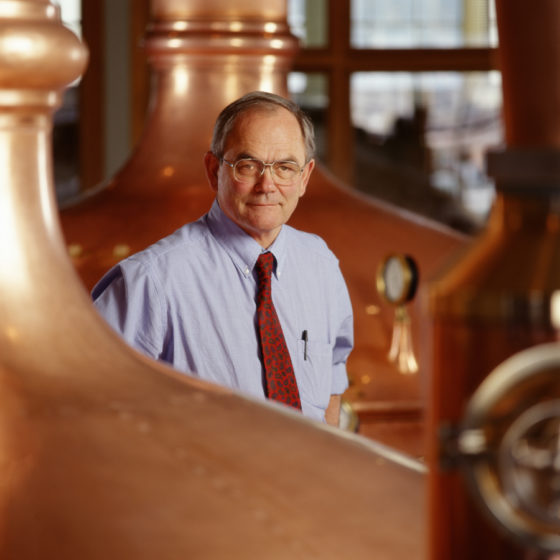 Former owner of Anchor Brewing Company, Industry pioneer. As a graduate of Stanford University, Fritz Maytag was living in San Francisco in 1965 and decided to purchase the failing Anchor Brewing Co. Fritz Maytag is one of the foundational pioneers of the modern craft brewing movement. Rescuing Anchor Brewing from closure, in 1965 he purchased the brewery and reestablished its iconic Steam Beer brand. His revival of Anchor Steam beer has inspired many other craft brewers to follow, and he is often considered the father of modern microbreweries.