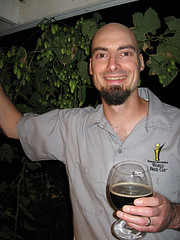 Gary Glass has been director of the American Homebrewers Association (AHA) since 2006 and has been on the AHA staff since 2000. Gary started homebrewing in 1993 and has been hooked ever since. He is a Beer Judge Certification Program judge as well as a judge for the Great American Beer Festival and World Beer Cup competitions.