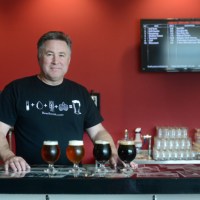 Jamil Zainasheff is the owner/brewer of Heretic Brewing Company. Jamil started as a homebrewer and says he will always be one, just on a much larger scale. While homebrewing, Jamil brewed an award-winning example of every style in the BJCP Style Guidelines and wrote a book about it called Brewing Classic Styles. He co-authored the very popular book Yeast: The Practical Guide to Beer Fermentation. As a prolific author, he wrote the Style Profile column for Brew Your Own for eight years, contributed to the BJCP style guidelines, and is a frequent contributor to Zymurgy and Homebrewer magazines. He has hosted The Jamil Show, Can You Brew It, Brewing with Style and the Brew Strong shows on the Brewing Network since 2006.