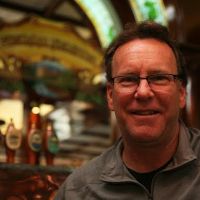 Joe Whitney has been the Chief Commercial Officer at Sierra Nevada Brewing since 2016, prior to that he was director of sales and marketing since 2006, leading a variety of new product innovation and reinvigorating the company’s sales growth. Prior to that, he was the national sales manager for New Belgium Brewing, leading the company’s expansion into California and the Midwest. He began his career at the Boston Beer Company in 1988 where he served as regional manager of the Southwest, director of national accounts, managing director of the company’s joint venture with the Seagram Beverage Company and finally director of new products where he created Twisted Tea.