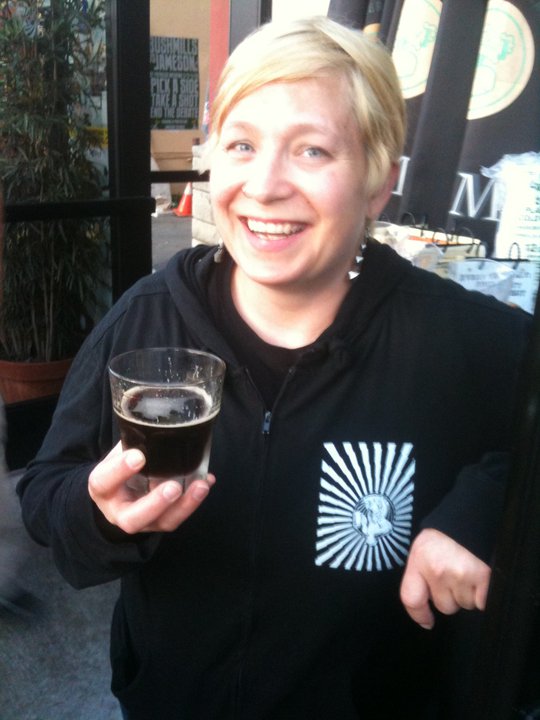 Laura Ulrich is part of the Small Batch Brewing team at Stone Brewing, where she is responsible for creating specialty beers, developing pilot beer recipes for ingredient research and producing cask-conditioned beers. As a Small Batch Brewer, Ulrich is also responsible for maintaining the barrel program at Stone’s super-top-secret warehouse, which stores the inventory of more than 1,400 beer-filled oak barrels previously used for spirits and wines. In 2007, she played a significant role in helping Teri Fahrendorf launch Pink Boots Society, a non-profit organization providing scholarship opportunities to women working in the beer industry. Ulrich was recently chosen by Teri to lead and serve as the organization’s President, beginning in 2016.

Having worked in the brewing industry for more than 14 years, her entry into professional brewing was with Odell Brewing Co. in Fort Collins, Colo., where she balanced multiple roles from the bottling and kegging lines to cleaning draft beer lines for local retail accounts. In 2006, Ulrich had an epiphany after pouring Stone Smoked Porter over a scoop of vanilla ice cream, and the result was one of Stone’s most highly-demanded special release beers—Stone Smoked Porter w/Vanilla Bean.

Ulrich has a Bachelor’s Degree in English from Lindenwood University St Charles, Mo. She is a Cicerone® Certified Beer Server and has judge the Great American Beer Festival since 2014. At her leisure, you may catch Laura enjoying a glass of Stone IPA while watching a football, soccer or any sporting event, really.