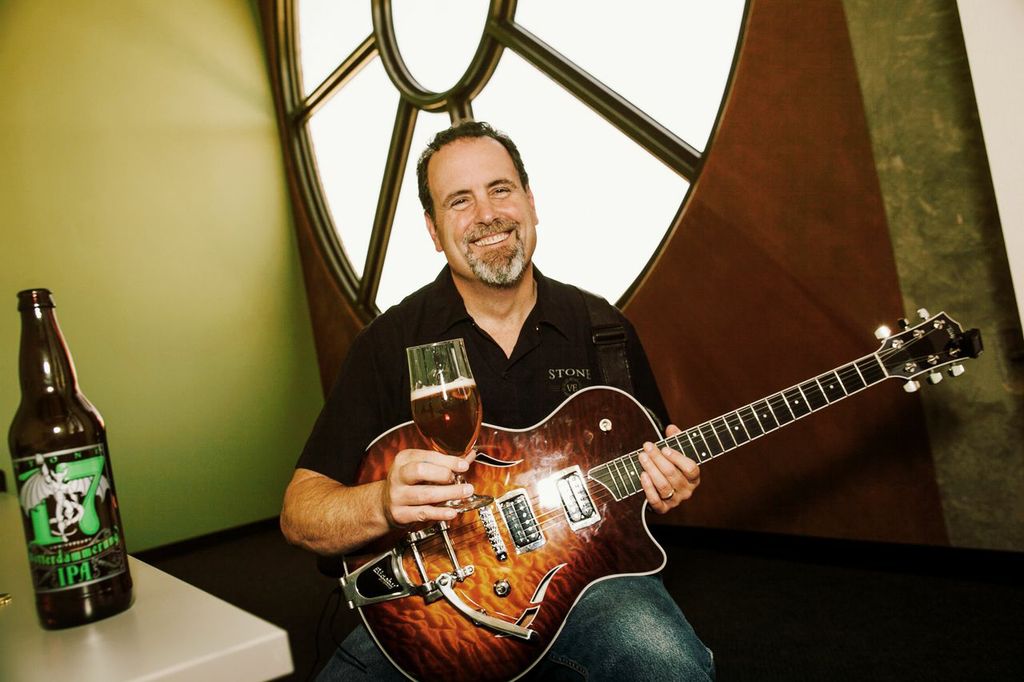 Mitch Steele is the Brewmaster for Stone Brewing Co. Since graduating from UC Davis in 1984 with a Fermentation Science degree, he has brewed at some of the largest and smallest breweries in the world. After starting his brewing career in 1988 on a 14 bbl system at the San Andreas Brewing Co. in California, Mitch joined Anheuser-Busch in 1992, managing Brewhouse and Fermenting operations in 3 different breweries, and developing new beers as part of the Anheuser-Busch Specialty Brewing Group in the mid 1990s. Mitch joined Stone Brewing Co. in 2006 and has managed the brewing and packaging operations at Stone as the company has grown from a 48,000 bbl operation to over 287,000 bbls in 2014. He is also the author of the Brewers Publications book: IPA: Brewing Techniques, Recipes and the Evolution of India Pale Ale, and was awarded the Brewers Association Russell Scherer award for innovation in craft brewing in 2014.