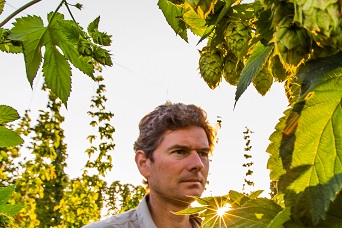 Nile Zacherle began brewing at home in 1990, this pushed him to get a BS in Fermentation Science at UC Davis in 1997. While at UC Davis, Nile also completed the Master Brewers Program. There after he began brewing and directing quality at Anderson Valley Brewing Company in Northern California. In 1999 he moved on to assisting winemakers in Australia, France and back in Napa Valley. Nile currently makes wine for David Arthur Vineyards as well as operating Mad Fritz Brewing Co. Mad Fritz began in 2014 and was named after his two children Madeleine and Fritz. Their focus is on growing their beers by malting and brewing with a ‘Farm to Foam’ approach.  The sourcing of single variety barleys that are craft-malted with an origin, as well as hops and water sourcing defines the beer styles in what they call ‘Origin Beer’.