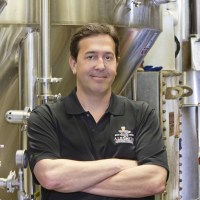 Peter Zien, owner and CEO of AleSmith Brewing Company in San Diego, holds a J.D. post-graduate degree from USD and the honorable title of Grand Master Beer Judge from the Beer Judge Certification Program. From 1991 to 2001, Peter was president of the home repair finance business, JDZ Inc., in partnership with his father, James Zien. JDZ Inc. remains the parent company of AleSmith Brewing Company.

Prior to acquiring AleSmith, Peter Zien was a highly respected homebrewer and president of the San Diego-born homebrew club QUAFF. By 2001, Peter had accumulated more than 400 homebrew awards and under his leadership, QUAFF won the prestigious “Homebrew Club of the Year” honor from the American Homebrewers Association.

In the spirit of craft brewing, Peter decided to purchase AleSmith Brewing Co. in 2002 at a mere production level of 400 barrels/year. The brewery now produces more than 15,000 barrels of beer annually under his guidance and expects to deliver more than 40,000 barrels in 2016. Along with production, AleSmith’s staff has increased from a four man team to more than forty employees since 2002. AleSmith was also listed as the 12th fastest growing brewery in America in 2012 by The New Yorker magazine. This year, AleSmith will be celebrating its 20th year in production. And what better way to commemorate this momentous year than to open a state-of-the-art brewery in Miramar at 9990 AleSmith Court. Expected to open summer 2015, AleSmith 2.0 will feature an entirely new tasting room and Steinecker brew system with the capability to pump out more than 100,000 barrels/year only two blocks west of the original location.

In early 2014, baseball legend Tony Gwynn and his team approached Peter to create a distinctive San Diego beer for the hall of famer. A meeting was called at the Gwynn household, which included a sampling of AleSmith beers to identify Tony’s preferences. After a final recipe was approved by both parties, AleSmith San Diego Pale Ale .394 was born and packaged in AleSmith’s first-ever six pack offering. A portion of all .394 related proceeds go directly to the Tony and Alicia Gwynn Foundation (TAG). Peter’s relationship with the Gwynn family following Tony’s passing continues as we hope to brew another collaboration beer soon, Hall of Fame: Imperial San Diego Pale Ale.

Before Peter’s acquisition, AleSmith Brewing Co. had won a total of two GABF awards and one World Beer Cup medal. Today, AleSmith holds more than 20 major awards including the prestigious “Small Brewery and Brewer of the Year” from the 2008 Great American Beer Festival in Denver, Colorado. AleSmith is consistently listed in the top ten breweries in the world on recognized industry lists, including 3 straight years as the “#1 Top Brewery in the World” on www.ratebeer.com.