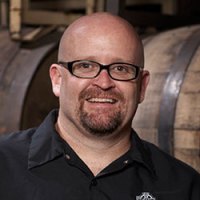 Tomme Arthur is the Co-Founder and Chief Operating Officer for Port Brewing and The Lost Abbey. He started his brewing career in 1996 at Cevercerias La Cruda before becoming the Head Brewery at Pizza Port in Solana Beach in 1997. In May of 2018 he received the Russell Schehrer Award, given by The Brewers Association, for Innovation in Craft Brewing. Day to day Tomme is chiefly responsible for running Port Brewing Co and The Lost Abbey which produces 15,000 bbls of beer annually. He has no spare time, hobbies or passionate pursuits that don’t involve great beer consumed with friends.