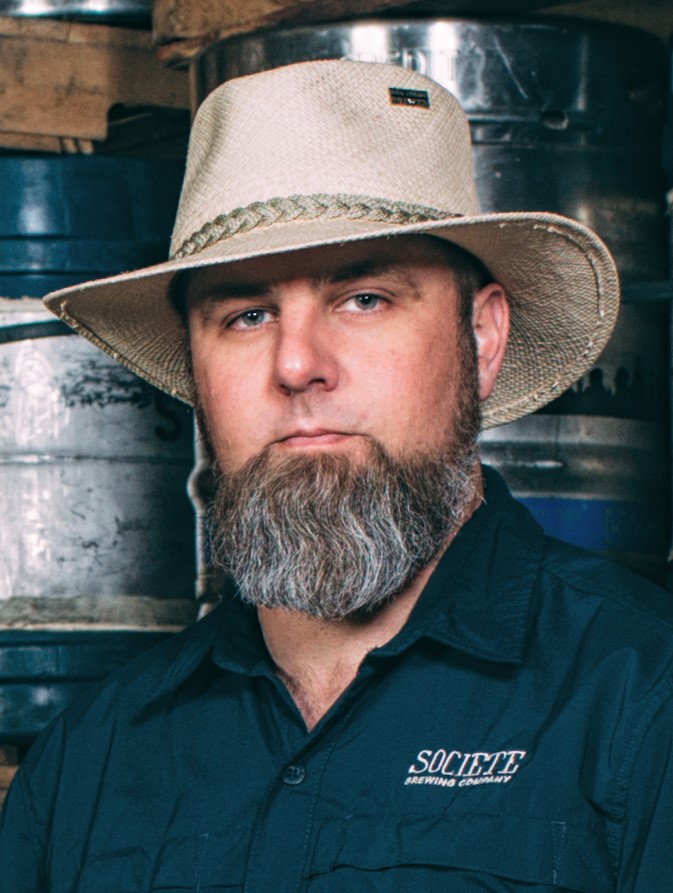 Travis Smith is the Brewmaster and Co-Founder of Societe Brewing Company. He has 14 years of industry experience in pubs and production breweries including draft-only production to nearly bottle-only production. He began his brewing career in 2004 at Russian River Brewing Company where he brewed IPAs, Belgian-style ales, barrel-aged mixed-culture-fermented sour beers and spontaneously-fermented barrel-aged beers. In 2009, he transitioned to The Bruery with the objective of developing and refining their sour-beer production procedures while also making Belgian-styles ales, experimental and specialty beers, and barrel-aged beers aged in a variety of vessels. In 2011, he and his business partner Doug Constantiner, set out to create Societe Brewing Company, a San Diego focused production brewery that self-distributes, with a focus on IPAs, European-style ales and lagers, stouts, and funky and soured “feral” beers.