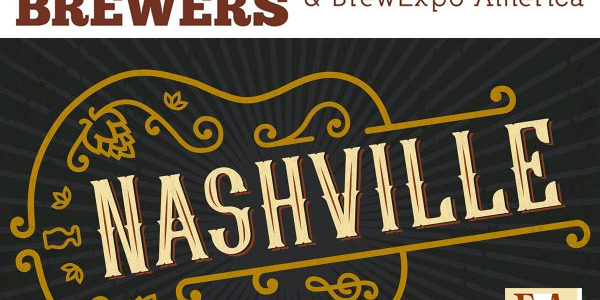 State of the Industry Recap from the Craft Brewers Conference

Over 14,000 industry members of all stripes, colors and sizes descended on Nashville last week for the Craft Brewers Conference, the annual conference hosted by the Brewers Association (BA).

The mood was mixed between good-vibe-enthusiasm and an aura of pending doom. The good vibe was fueled by beautiful spring weather, abundant live music, food and beer and the gathering of friends. But the conference also offered an honest look at the slowing growth, hyper-competitive landscape and many external pressures beginning to pound on the industry.

But growth is almost entirely coming from the bottom and from the new. Breweries who have been in business five years or more grew by only 1.3% while those who have opened since 2014 grew 52.6%. And size stood out well, with breweries larger than 15,000 bbls/year (defined as “regional” breweries by the BA) collectively growing only 1% while “microbreweries” (distributing breweries smaller than 15,000 bbls/year) grew at 17%. One number that really stood out was the amount of excess capacity in the industry. Bart Watson, chief economist for the BA who presented the annual State of the Industry presentation alongside BA director Paul Gatza, noted that total excess capacity was now sitting at 56-57%, which would take 12 years at current growth rates to fill. There were also words of warning for the high-flying newer breweries. “I urge you to build in realistic expectations for your business,” Bart said. “While you’re growing fast now, don’t expect that you’re going to beat the odds when so many older and more experienced breweries were not able to.” Paul echoed that by saying new breweries weren’t going to be the “shiny new object” forever.

Both Bart and Paul also pointed out multiple external pressures which could impact future growth rates for the industry, which include competition from cannabis, wine and spirits and threats to brewery tasting rooms from wholesalers and retailers. But possibly the most significant pressure point will be the fact that people aren’t drinking as much as they used to. Many in the industry are now seeing the next generation coming into drinking age as drifting away from alcohol consumption, something that could significantly impact the overall alcohol beverage industry over the next 5-10 years.

But there was plenty to celebrate as well. The three-day conference included 79 seminars across 12 educational tracks with over 200 speakers. There was plenty of talk about growth potential, innovative new ways to market, legislative successes in many states to expand small brewer rights and of course the recent passage of the Craft Beverage Modernization and Tax Reform Act.

“Stronger Together” was the message the BA delivered at every opportunity throughout the conference. Wise words given the headwinds ahead.